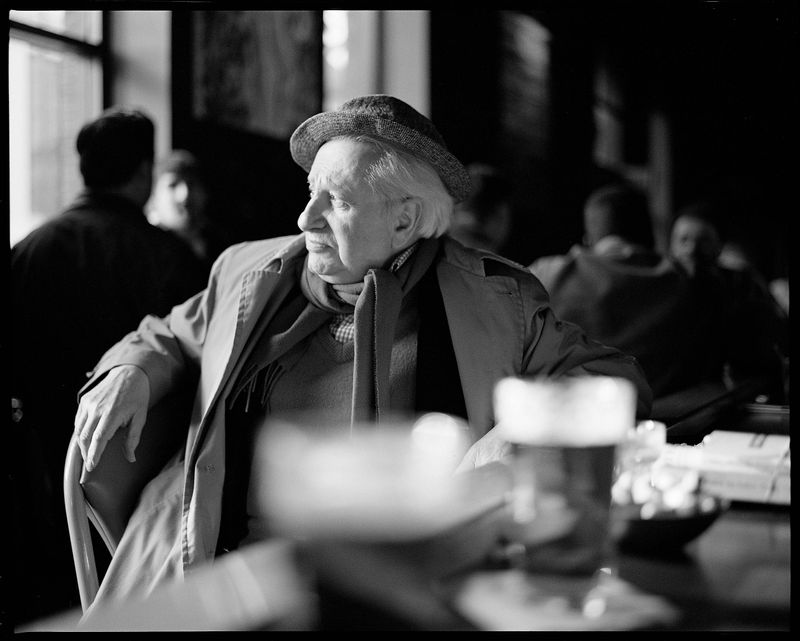 When I was growing up, the name Studs Terkel was legendary. The name itself, “Studs,” brought forth a fictional, larger-than-life character out of the past.

He was a fellow Chicagoan, but somehow removed, remote, of another era. His distinctive, raspy voice could be heard on his radio program where he shared his love of literature, music and the arts with his many fans. When I first heard of Studs, the new chain bookstore Barnes & Noble had just opened stores in Chicago (long before Amazon!) and I was asked to take a portrait of Studs that would appear in an ad for the well-known local bookstore, Kroch’s & Brentano’s. Studs was always on the side of the underdog, and was a prolific author, so it made sense that he would champion the cause of this favorite independent retailer that was starting to feel the pressure from the large national chains.

I’m not sure, but he probably took the bus over to the studio (he never learned to drive) and walked in wearing his usual uniform: red checked shirt under a thin sweater, a well-worn khaki trench coat… red socks and comfortable shoes… all topped off by a serviceable, shapeless hat. He looked like himself, and was ready to start interviewing me as soon as he arrived (as if to gauge what kind of photographer he was dealing with). He asked: Who are the photographers you like? Whose work inspires you?

The first photographer who came to mind was Irving Penn, because who doesn’t admire and respect the breadth of Penn’s work? I next thought of Sabastiao Salgado, who I expected would be a kindred spirit with Studs, and whose work and reputation inspired a generation of photographers to keep shooting Tri-X long after high quality digital cameras were widely available. (sidenote: Salgado himself switched to Canon DSLRs about ten years ago). Studs approved the mention of Salgado with raised eyebrows, an affirmative nod, and “okay, you like Salgado, huh?” I’d passed the first test; we could go ahead and take some pictures!

I photographed Studs a number of times over the years and he was always kind and patient with me. One time, he gently rejected my idea to put his hand to his ear, as if listening. I thought it might work photographically because nearly all of his books were based on the oral histories of the people he interviewed. “No, that’s corny,” he said. And he was right.

My last shoot with him was for Vanity Fair and I thought I got some reasonably good portraits of him against a simple gray background. As he was leaving, back in his full uniform, I coaxed him into a few more frames, this time with available light next to a plain wall by the door.

The last frame was “the one.” 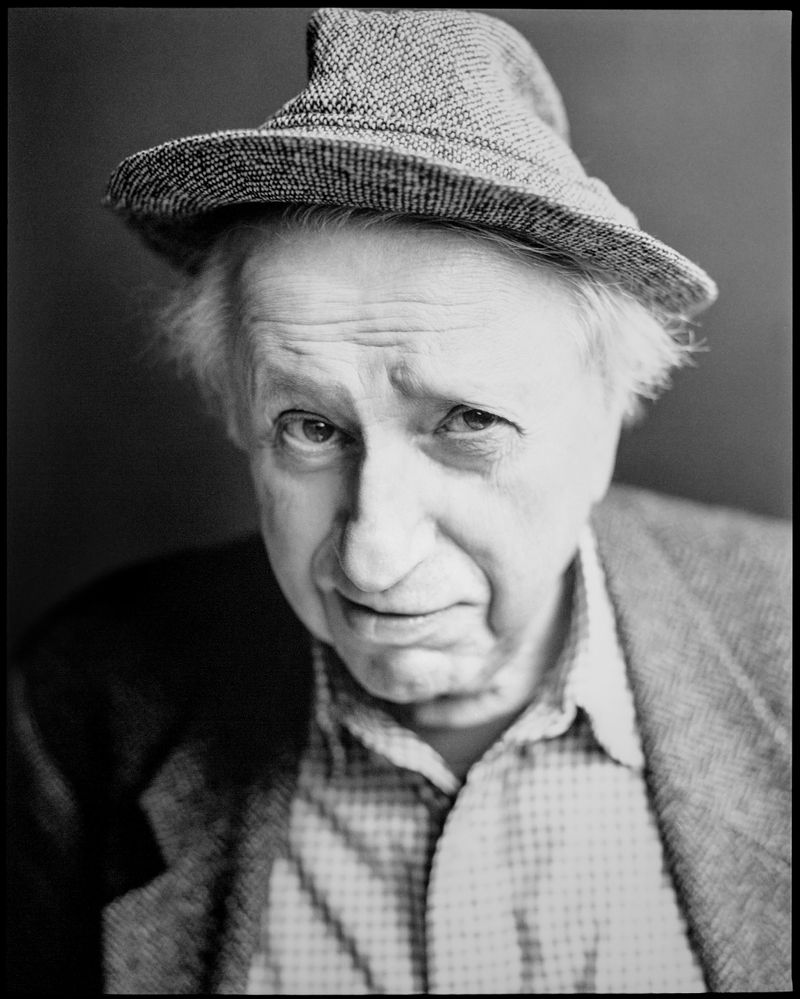